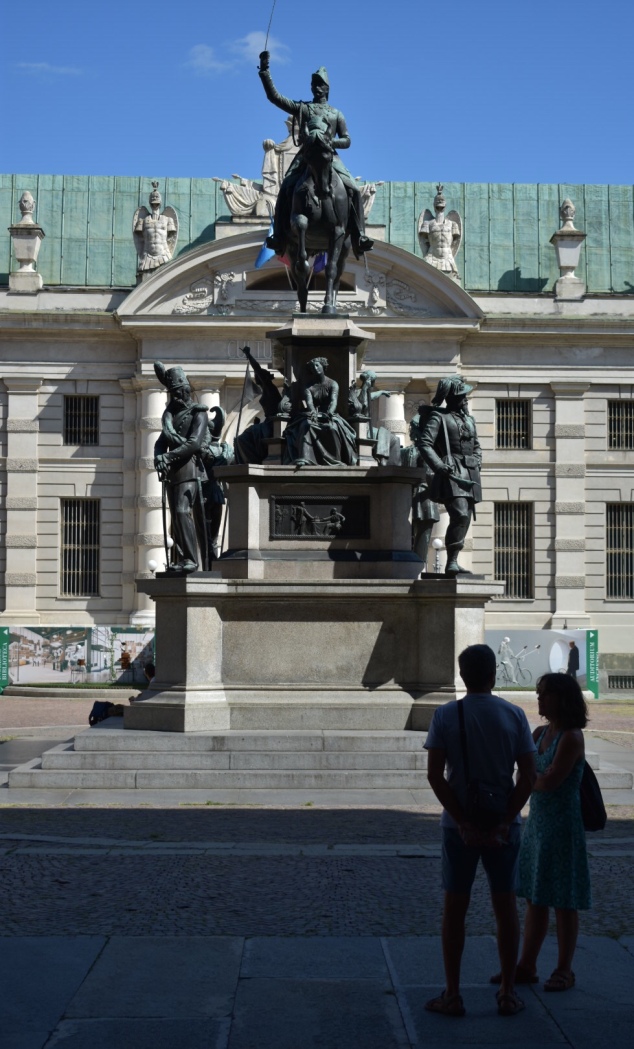 We awoke this morning to our favorite kind of weather in Italy. Forecast to be in the 70s all day with sun is our idea of perfect weather. We were able to enjoy the hotel’s buffet breakfast of fresh fruit and eggs out in the courtyard. 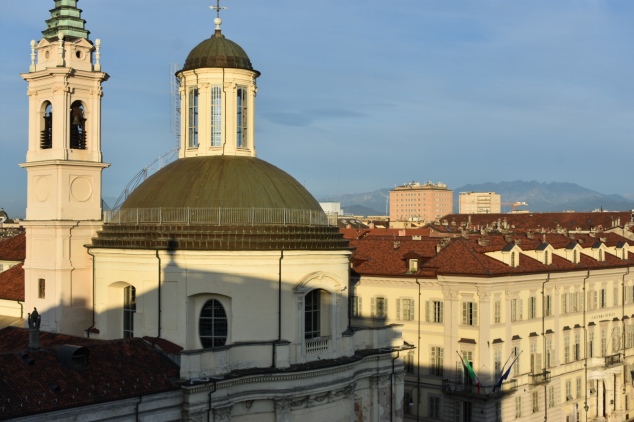 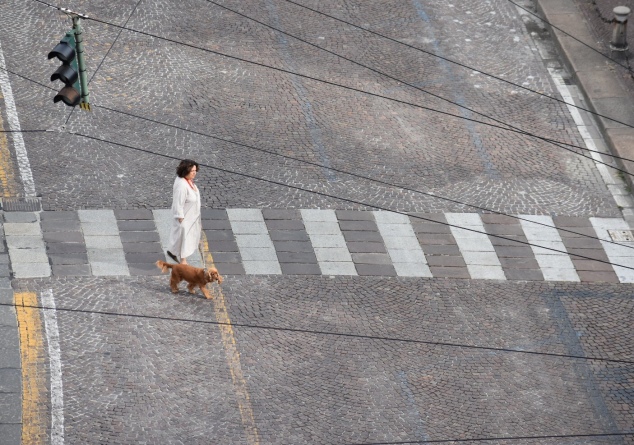 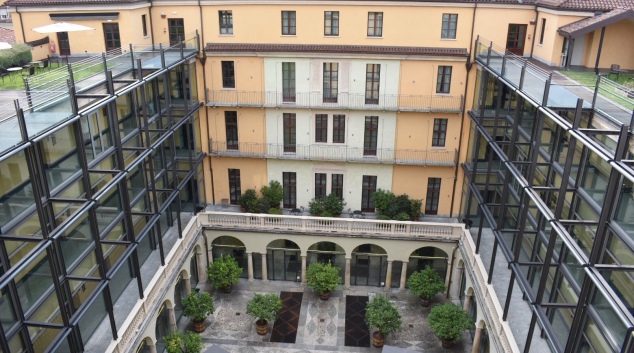 Torino has an Egyptian Museum with reputedly the most extensive collection of artifacts outside of Cairo. After seeing the extensive collection in the British Museum I couldn’t imagine anything more magnificent but this topped that museum. Back in the late 1800s and early 1900s when collecting and protecting antiquities became important, a group of archaeologist from the museum was already at work in the archaeological digs in Egypt. I loved how the items were displayed with either journal entries, drawings, or photographs showing the discoveries. The items were beautifully lit and it was fun to hear the objects story of discovery on our audio guide. Artifacts included statues, funerary figurines engaged in every trade possible, a tomb, papyrus scrolls that were over 20 feet long, mummies, and jewelry. 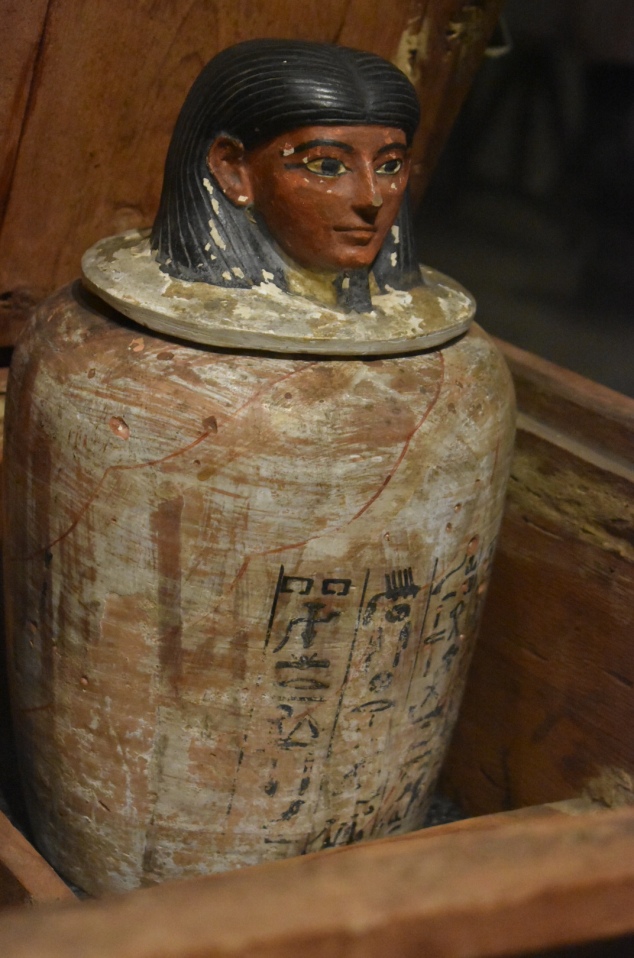 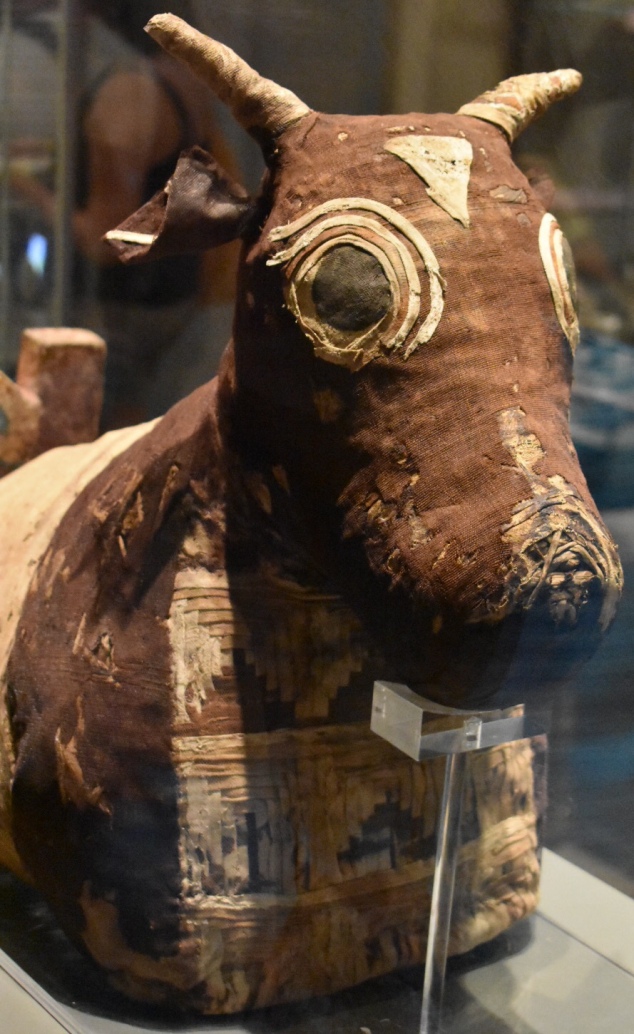 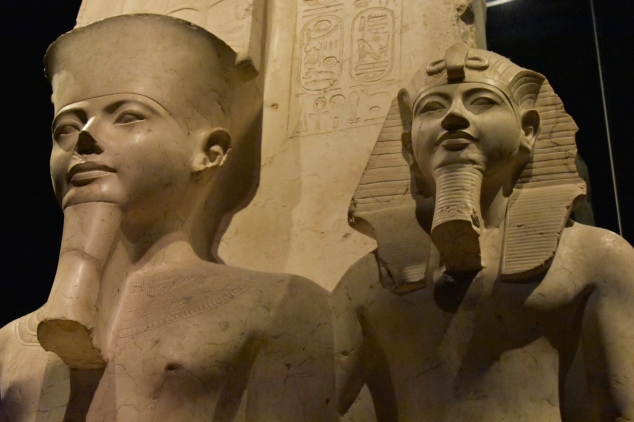 Upstairs was an exhibit called Invisible Archaeology. It talked more about the science of learning about artifacts and how technology has assisted. For example, we saw the jewelry a mummy was wearing in an X-ray that was recreated with a 3D printer. A video with a light show on a white reconstruction of the mummy’s coffin showed how the coffin was painted in different layers. It was quite moving. I liked this quote at the end of the presentation. “Real objects and digital ones are not interchangeable.They compliment each other and act as a bridge that connects those who protect them with those today who observe and ask questions about them.”

Our second museum was The Museum Risorgimento which told the story of the unification of Italy. It was housed in Palazzo Carignano. Thirty rooms took you through the story of how surprisingly Italy has only been a unified country since 1870. Torino was a former capital. The displays were in Italian, but each room had English cards where you could either read an overview of the room or read about the highlights in more detail. There were videos too. In some a pleasant smiling woman spoke in Italian (with subtitles) about how France had unified and people there were happy. Those I watched. In other rooms a video played featuring an angry looking man in a mustache barking out about atrocities.

To be honest, I did not leave with the ability to retell the story of the unification of Italy, but the displays were interesting. There were early 19th century political cartoons and one showed a man kissing Napoleon’s butt. I only mention this because I did not know this idea dated back to the 1800s. In the building there was also the place where government meetings took place prior to the reunification. It looked like a mini congress frozen in time. Most fascinating was the art work on the ceiling. It was quite a contrast to some of the displays. For example, the paintings could show horrific battle scenes while angles floated high above. Just seeing the building made it worthwhile.

Our last stop for the day was Mole Antonelliana. In the 19th century the building was originally designed to be a synagogue, but it was never completed. The city eventually made it into the National Museum of Cinema which has a strong reputation and the mole has long been considered the city’s symbol. We wanted the buy tickets to both the museum and the tower, but the man at the counter said since the museum is closing, visit the tower today. From the outside it looks ancient, but thankfully a glassed in elevator whisks you to the top where you have 360 degree commanding views of the city all the way to the Alps. 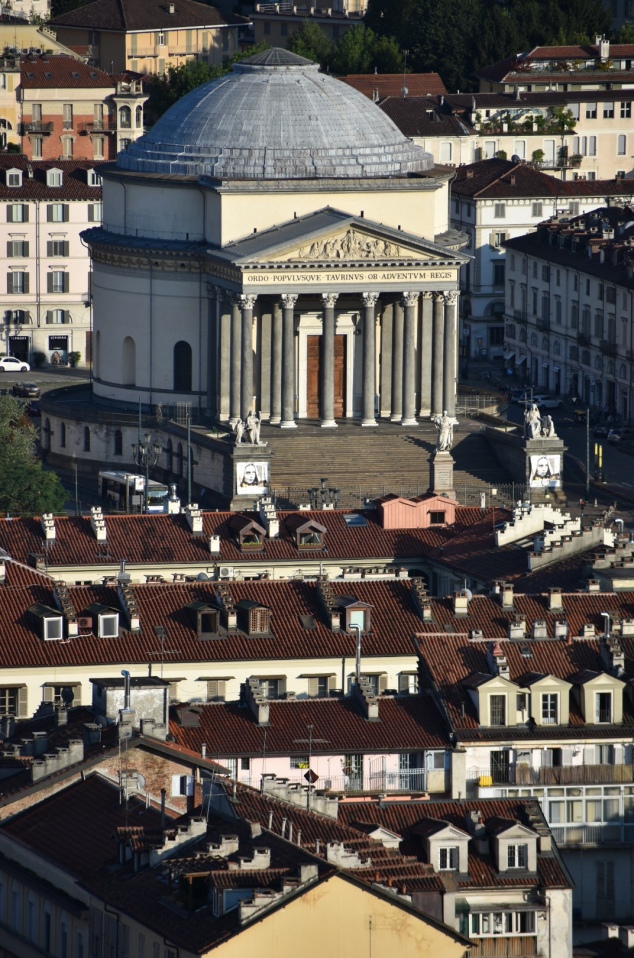 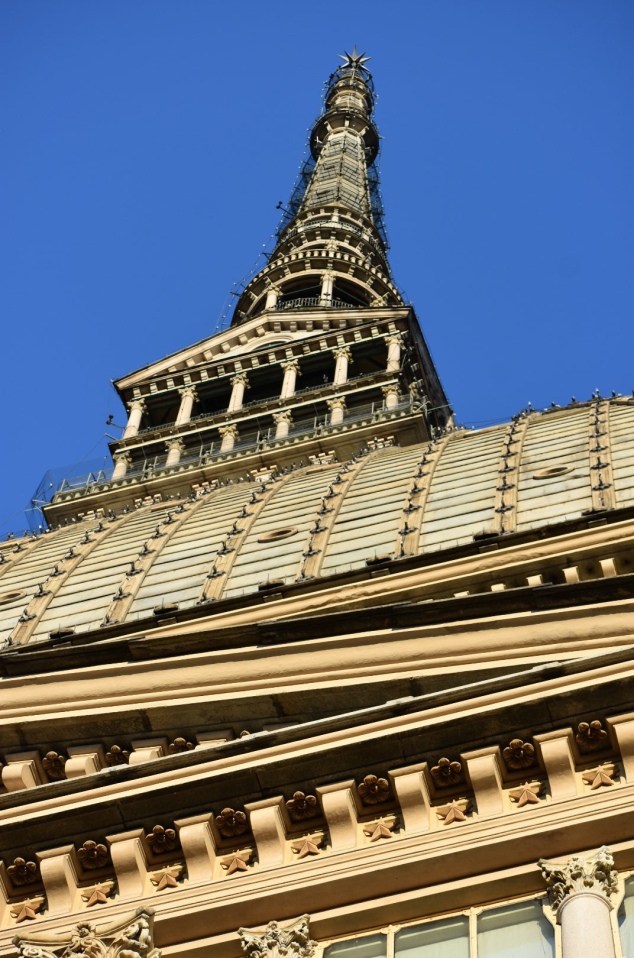 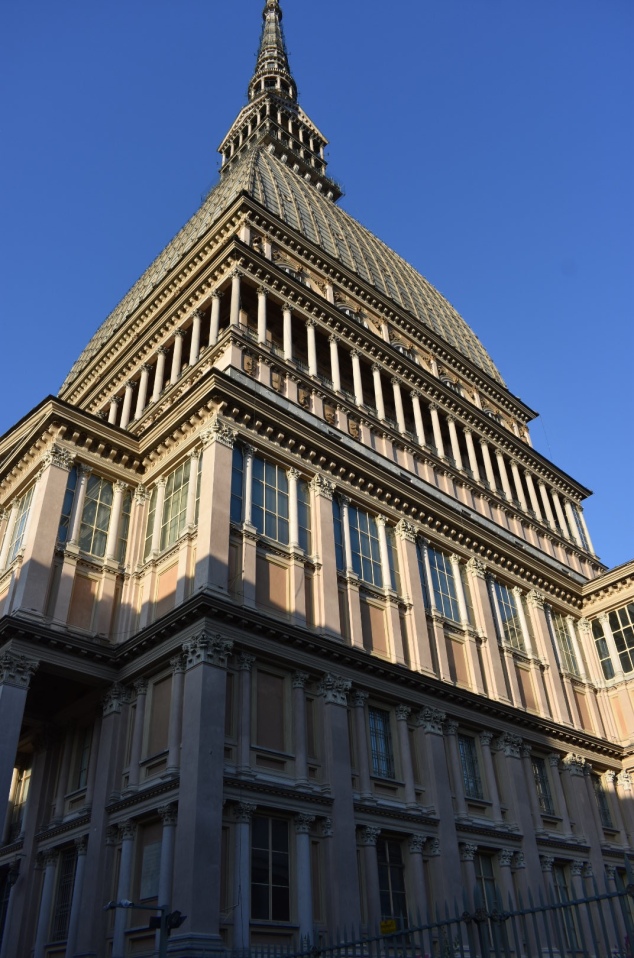 Before heading back to our hotel for a picnic dinner on the upper outside terrace overlooking the city now under a full moon, we stopped at Caffe Fiorio which is famous for gelato. It has been a wonderful day and we look forward to tomorrow’s adventures.