A light rain was falling this morning as we left our hotel. With our umbrellas in hand, we headed out to explore the city with hopes it would soon turn sunny.

A sleek modern tram took us to our first stop, The History and Deportation Center.  The museum focuses on the resistance of Nazi occupation and the deportation of Jewish residents to concentration camps. Lyon was bombed on May 26, 1944. Over time, stories from personal experience are no longer passed down to the younger generation in families.  The collection of artifacts and audio visual recordings of people who lived through the war, many as children, were made so we can see their faces and hear their stories.

In the basement of the museum it was pitch black. As our eyes adjusted I noticed a display in a concrete bin along the wall. Was it a bin of coal or representative of the Holocaust, I wondered. As my eyes adjusted to the light I saw it was a model diorama of Lyon during the war when all the houses were in blackout mode. Continuing on we came to photographs, passports, and stories of the Jewish residents deported to Germany. A massive memory book contained all of their names. The tour ended with a powerful and moving video of Liberation Day and the happiness people felt, but the struggles they faced moving on.

We took the metro to the Museum of Fine Arts. It is housed in an old Abbey which was a very prestigious place for nuns during the 17th and 18th centuries. I was amazed by their collection: statues by Rodin, a wall from ancient Egypt given to one of the archaeologists from Lyon who found it, Egyptian shabtis, mummies, ancient pottery, and paintings by Pissarro and Monet, Degas, and Renoir as well as numerous other masters. 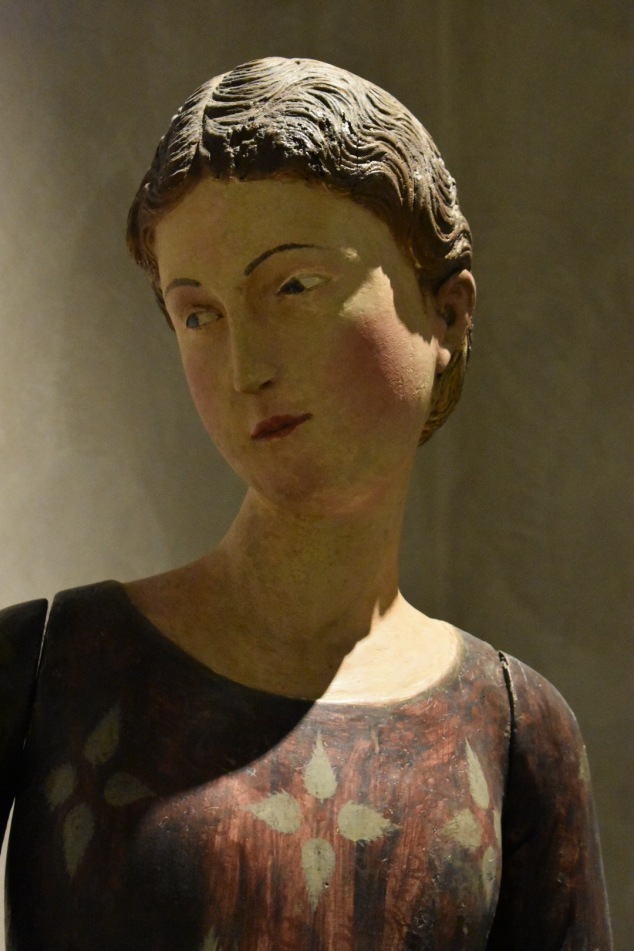 Back in town we went inside some of the shops. The weather turned warmer and the children were back playing in the misters down by the footbridge. 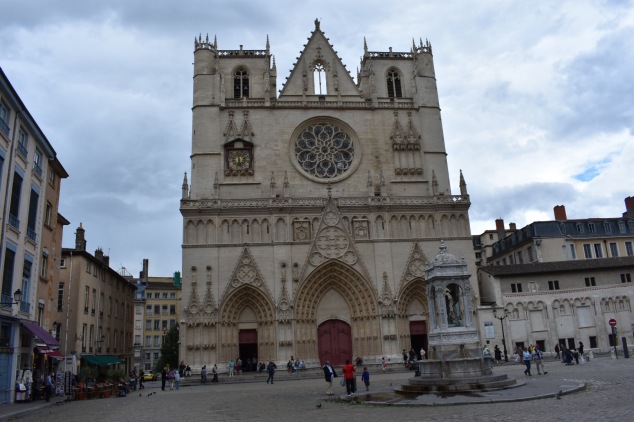 Tonight we took a one hour Lyon City Boat Tour. Lyon is beautifully illuminated at night. Down at the confluence of the Rhone and the Saone rivers, it has been completely revitalized with striking modern architecture. Euronews, for example, had a beautiful glass building with a green pattern on it that appeared to have two holes cut through it. A gorgeous new shopping complex looked almost space age and was lit with purple and blue lights. We will miss this vibrant city. Tomorrow we head to Lake Como in Italy. 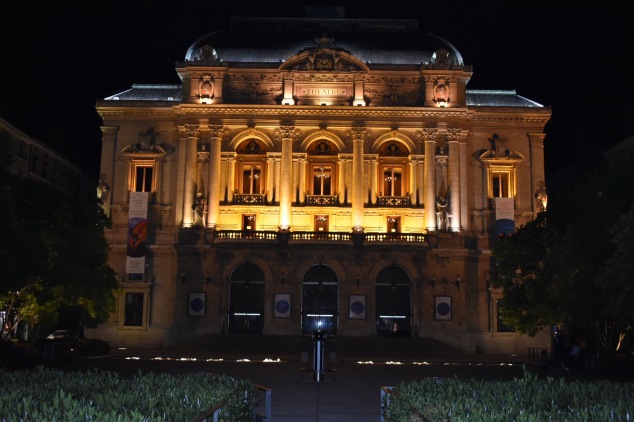