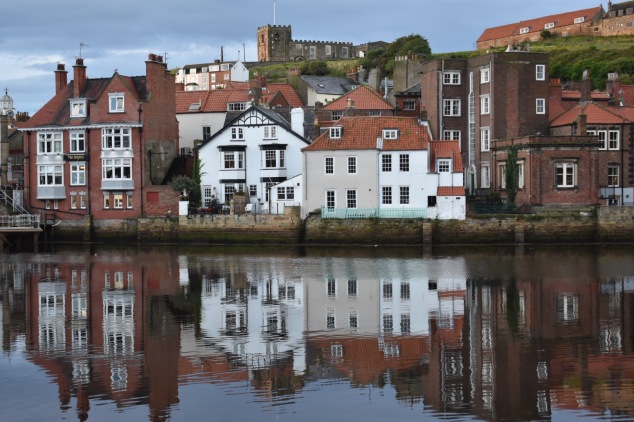 This morning as we were checking out of our hotel, I noticed their enormous solar panel mounted on a pedestal automatically adjusts itself nonstop to face the direction of the sun. The hotel has won many awards for being green.

Thankfully for us, the weather predicted for today was sunny spells so off we sped for a day of exploration. 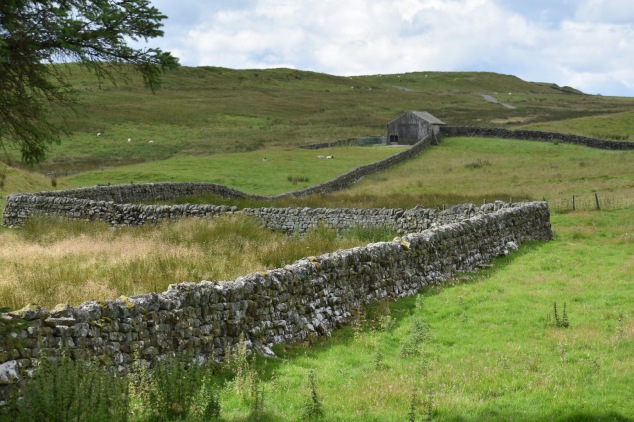 About 20 minutes from the hotel is Housesteads. It’s the ruins of an ancient Roman fort built before Hadrian’s Wall. From the parking lot it was a steep mile hike up hill, but the views from the top over the sweeping countryside were amazing. Beside the stone foundation of each house was a description and picture of what the structure probably looked like. There was evidence of plumbing and even heating under the floors. 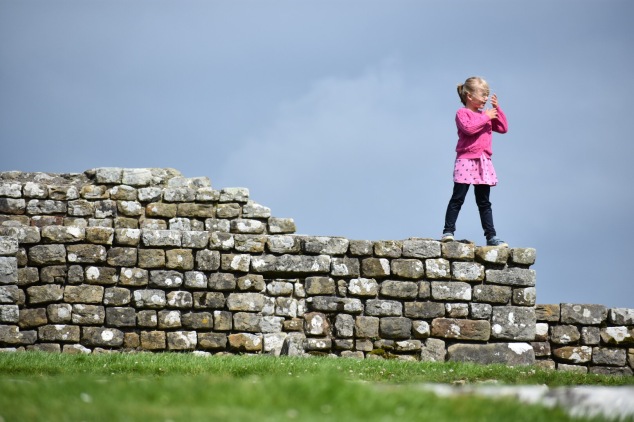 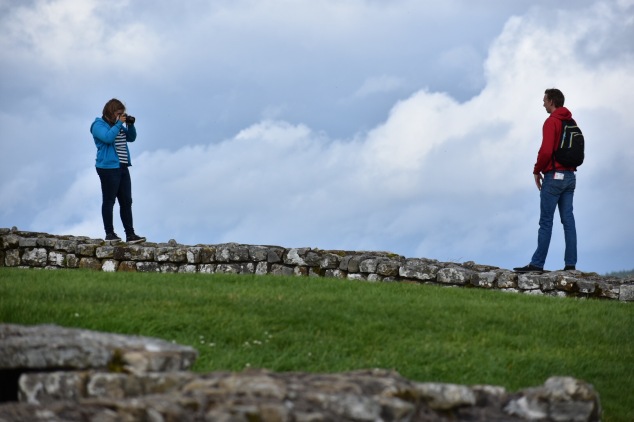 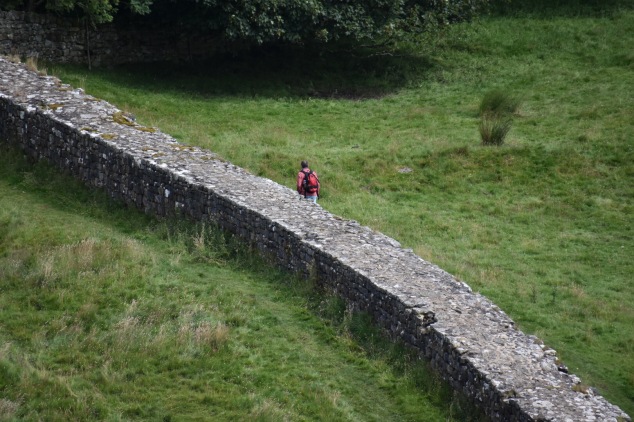 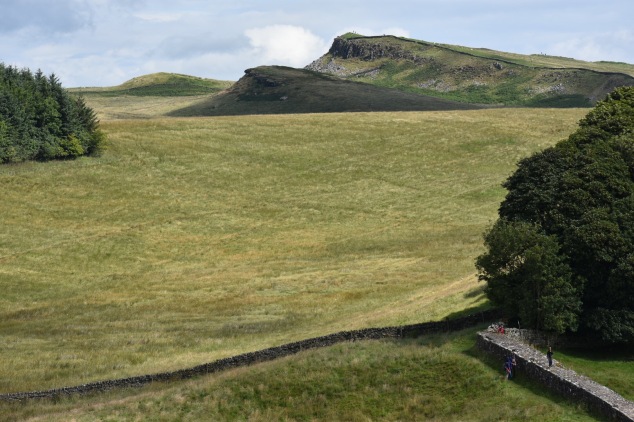 We headed next to Durham which is a university town with an enormous cathedral. In the city center we took a wrong turn and somehow ended up on a one lane street full of shops and bustling with people: a pedestrian only zone with no place to turn around.  We hoped the exit was just ahead, but instead we came to a dead end. With barely any room to turn around we had to drive back through the pedestrian zone as people scrambled out of the way. It’s at times like this when you want to duck down and hide, but amazingly no one seemed to mind. 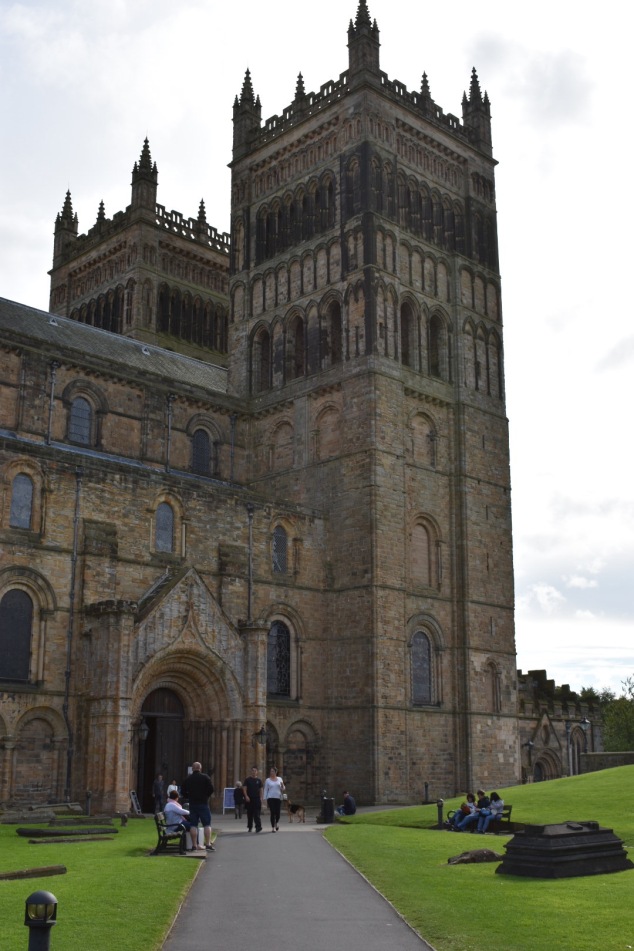 Durham Cathedral was built over the tomb of Saint Cuthbert who was responsible for helping England obtain a stronghold in Christianity.  We arrived in time for Evensong and the singing was moving  and beautiful. It turns out that in the summer, their own choirs are on vacation so visiting choirs are featured. The one we heard was from Texas. The service ended with organ music which I love to hear.  We met a guide who took us on a private tour showing us some of the ancient stonework, the cloisters, and the stained glass windows. He explained that no photos are allowed and that you must look and enjoy only with your eyes. 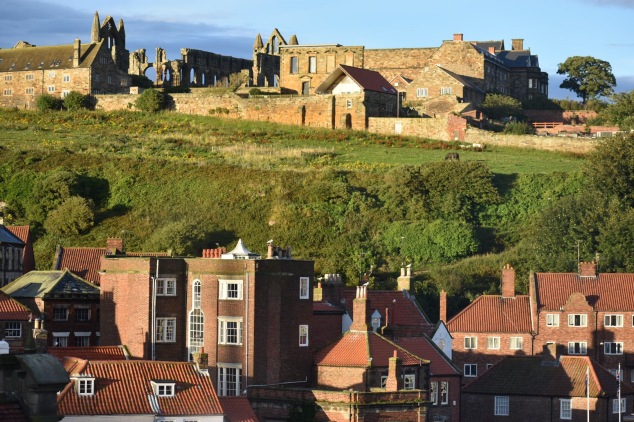 We are staying for the next three days in Whitby on the northern Yorkshire coast. It has a fun family seaside vibe with arcades, kids jumping in the harbor, fishing boats, and fish and chips. Tonight we can hear flocks of seagulls from our harborside hotel. I look forward to checking it out tomorrow. 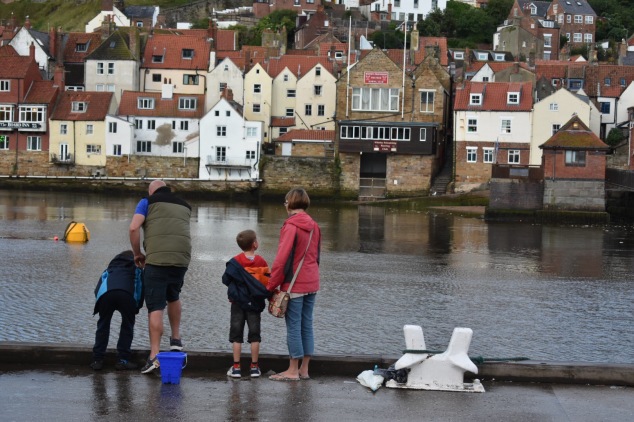 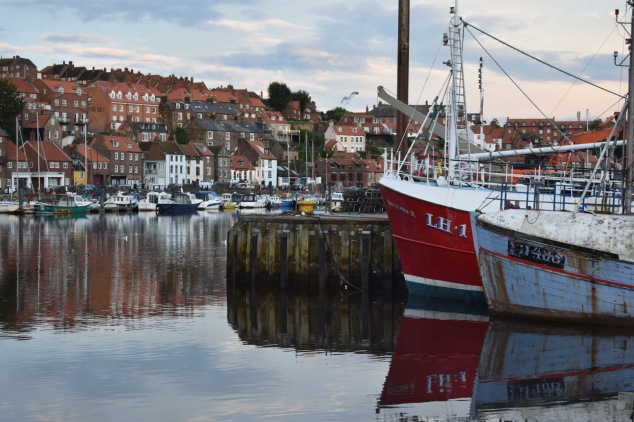 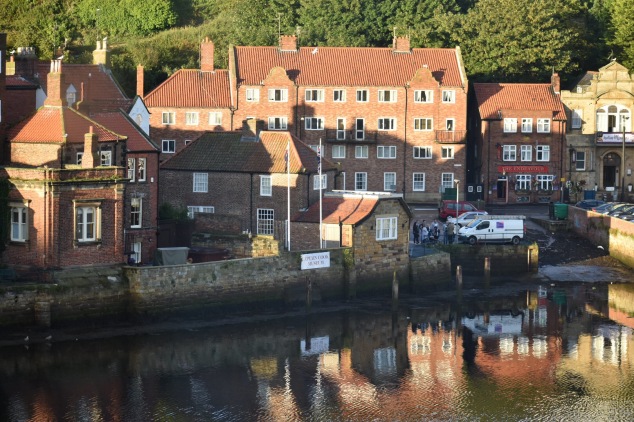 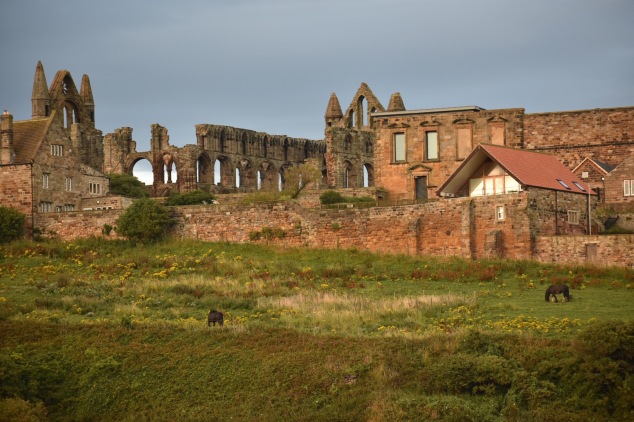