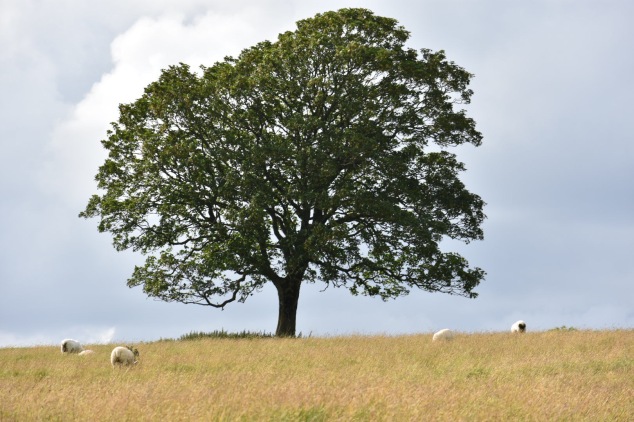 Light rain was gently falling this morning, but the sun was peeking out from behind the clouds so with our GPS in hand, we headed out for a day of exploration.

Our first stop was the Roman Military Museum. Spotting a sign that said Roman Classroom, we headed right in. We pressed a button and a virtual teacher dressed as a Roman appeared and led a complete introductory lesson to Roman history and what it took to become a good Roman soldier. He even suggested to the students that they study Aesop’s Fables. “Knowledge is power,” he said and we took notes on his lesson for David to use in his classroom. 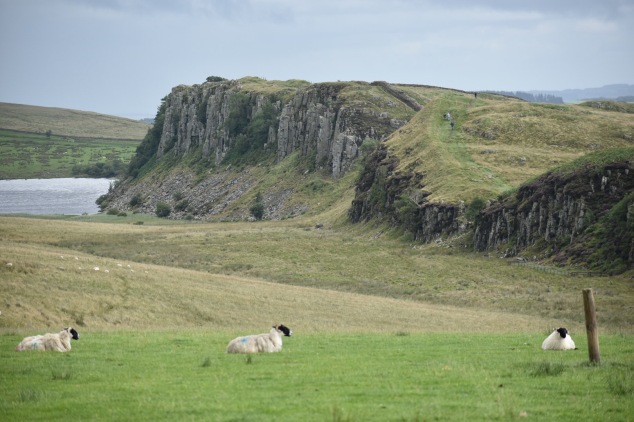 I have to admit I didn’t know the history of Hadrian’s Wall and loved a 3D movie they showed explaining that Hadrian’s Wall was built at the edge of the Roman Empire. They reenacted a scene with barbarians challenging the Romans. Where were these barbairans from? Turns out they were from the very region of Scotland where my ancestors came from, but David assured me that these soldiers called anyone who was not one of them, a barbarian. 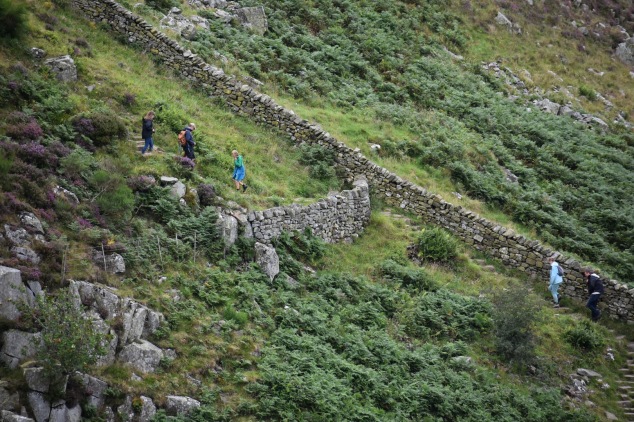 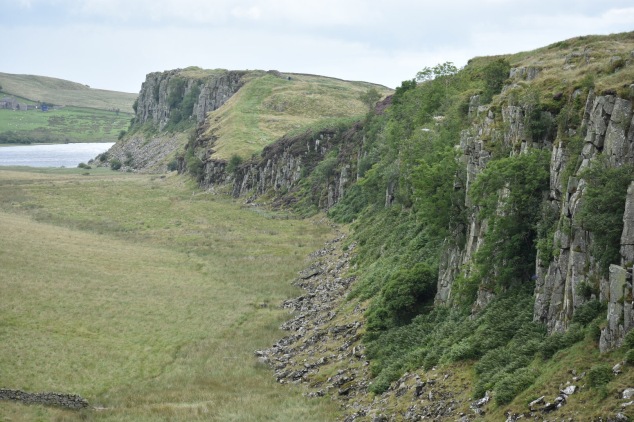 At the National Trust site Vindolanda, we learned that the site was a complete fort where Roman families lived during the first century, 300 years before the construction of the wall. Today it is an excavation site in progress. The museum had an amazing array of artifacts ranging from shoes to games, tools, beads, padlocks, door handles, glass, coins, and tablets with Roman writing. 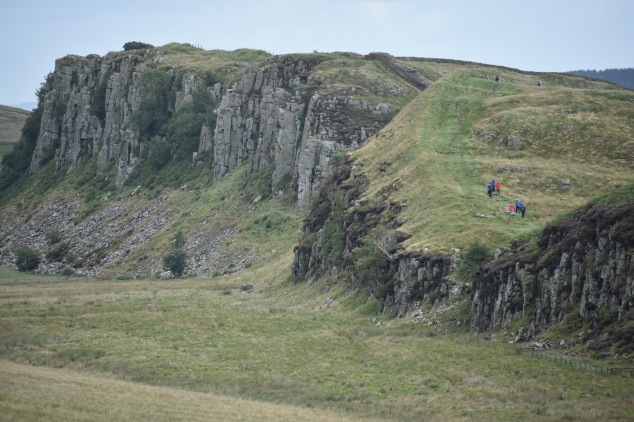 Outside as we walked around, we talked with a local about how over time people would knock buildings down and build over them so everything needs to be excavated in layers. 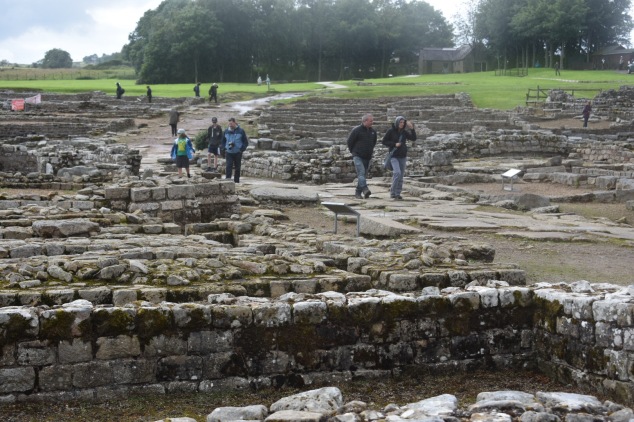 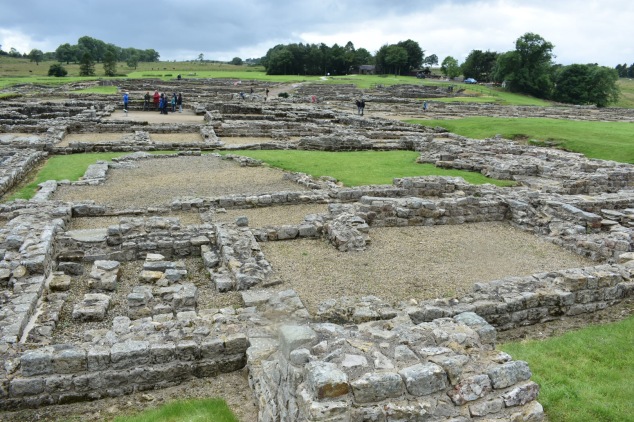 Walking around we found a mini museum designed specifically to teach children about Roman life from the point of view of a child in Roman times, and an art gallery. On the wall was a wonderful quote:

The past lives on in art and memory, but it is not static. It shifts and changes as the present throws its shadow backwards. The landscape also changes, but far more slowly; it is a living link between what we were, and what we have become. ( Margaret Drabble) 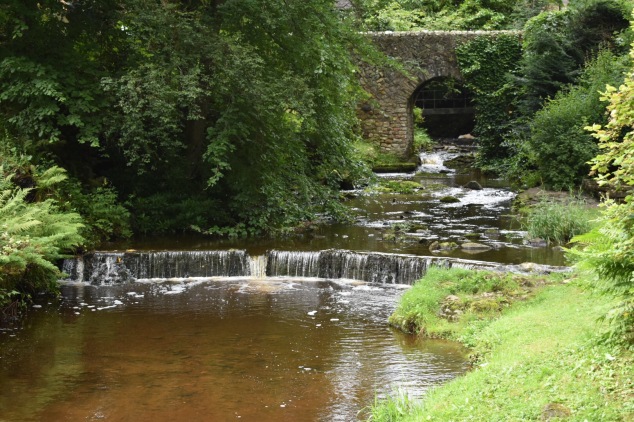 Driving back to our hotel, we saw a tiny signpost that said Cawlfields Quarry: Hadrian’s Wall.  We followed the narrow road through fields to a car park beside a tiny lake. The sign there said it had once been a quarry and as a result destroyed most of the wall in that area, but a tiny part remains at the edge of a cliff.  Following a steep footpath we climbed to the top of the ridge where we could see the wall. It was so tranquil there with sheep grazing.  I could still hear them in the meadow as we drove away, the end of a perfect day. 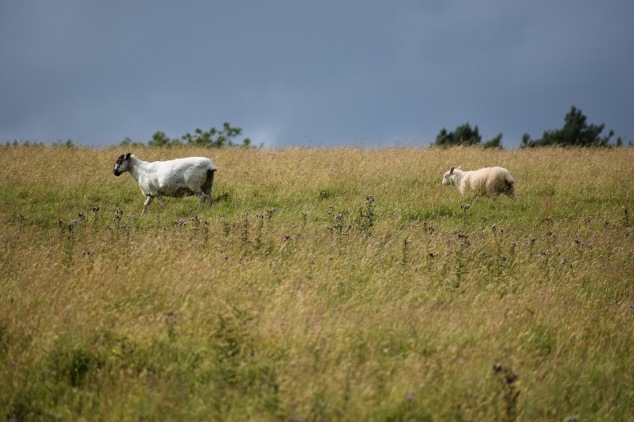 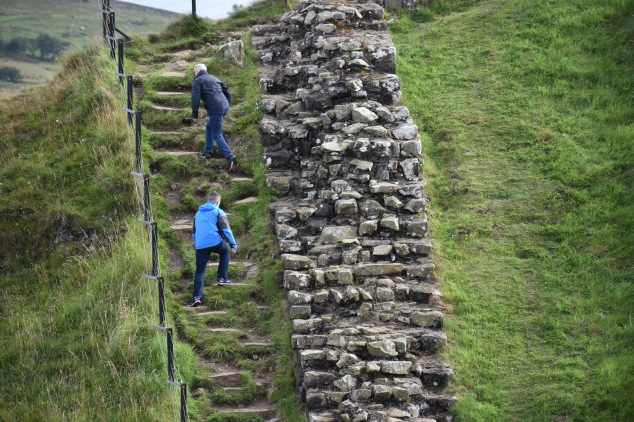 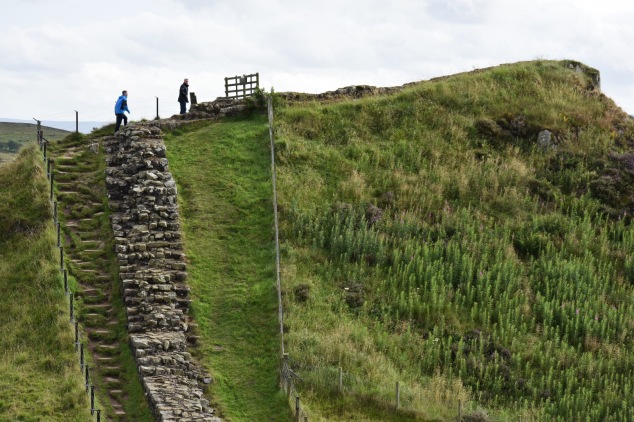 One thought on “Hadrian’s Wall: Step into the Past”